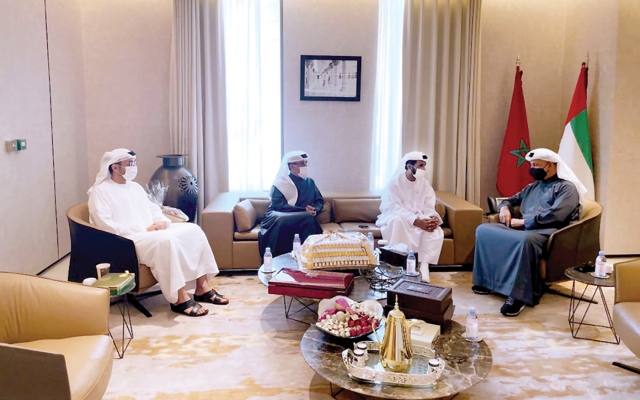 Sheikh Muslim bin Salem bin Ham Al Ameri, a member of the Advisory Council of the Emirate of Abu Dhabi and Chairman of the Bin Ham Group, visited the country’s embassy in Rabat

During his tour in Morocco, to follow up the progress of work related to the Bin Ham Group projects

Sheikh Muslim reviewed in front of the ambassador the latest developments of the Bin Ham Group projects and investments in Morocco, including the project located on Mohammed V Street in Rabat

It consists of a large shopping center that includes the most luxurious international brands with an area of 22 thousand square meters, and the commercial center is connected to a five-star hotel. Bin Ham emphasized that business is proceeding according to the schedule set for it.